Gareth Thomas, President & CEO of Westhaven stated: “We are encouraged with the first assay results since recommencing drilling at Shovelnose. These results build confidence in the continuity of gold mineralization between the South Zone and the high-grade gold intersected at the Lear Zone (SN20-56: 3.13m of 7.20 g/t Au). Preliminary results from the ongoing CSAMT geophysics survey have identified multiple anomalies that share similar geophysical characteristics to the South Zone. As our exploration efforts continue to expand the number of regional targets outside of the South Zone high-grade gold discovery area, the Company is mobilizing a 3rd drill rig to begin drilling on July 15th.”

*Based on the geology of the vein zones with steep dips to the west, true widths are estimated to be about 80-90% of reported interval lengths.

Orientation test lines completed earlier this summer demonstrated that alteration associated with mineralization at the South Zone could be detected by the CSAMT technique. A larger survey planned to cover some 1,500 hectares of the 17,623 hectare Shovelnose Property was announced previously, and field data collection is continuing. Based on results received to date (including preliminary 2D inversion profiles), potential analogues for the South Zone have been identified. The survey area will be expanded to the north, and a series of infill lines will be collected to better define specific features of interest, the most promising of which are planned for drilling later this season. Please see below for preliminary profiles.

Westhaven is a gold-focused exploration company advancing the high-grade discovery on the Shovelnose project in Canada’s newest gold district, the Spences Bridge Gold Belt. Westhaven controls 37,000 hectares (370 square kilometres) with four 100% owned gold properties spread along this underexplored belt. The Shovelnose property is situated off a major highway, in close proximity to power, rail, large producing mines, and within commuting distance from the city of Merritt, which translates into low cost exploration. Westhaven is committed to the highest standards of environmental and social responsibility with a focus on generating positive outcomes and returns to all stakeholders. Westhaven trades on the TSX Venture Exchange under the ticker symbol WHN. For further information, please call 604-336-6921 or visit Westhaven’s website at www.westhavenventures.com 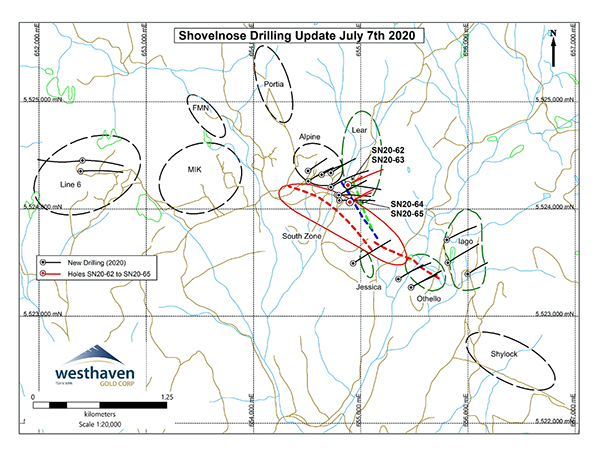 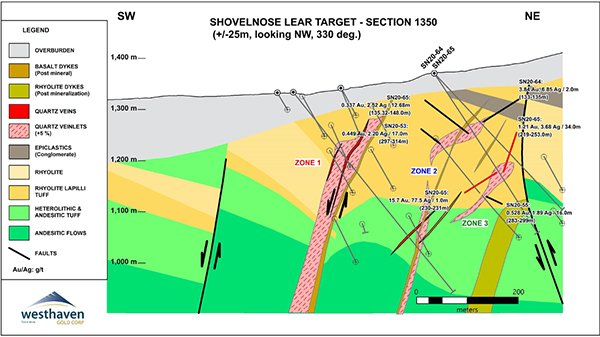 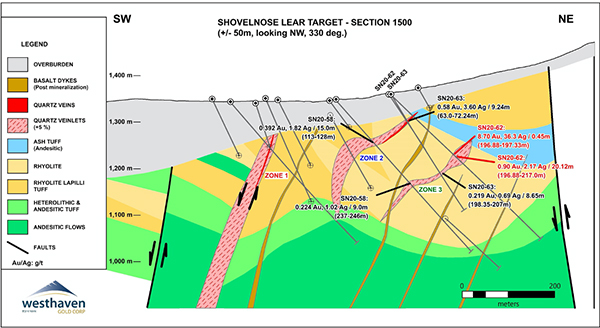 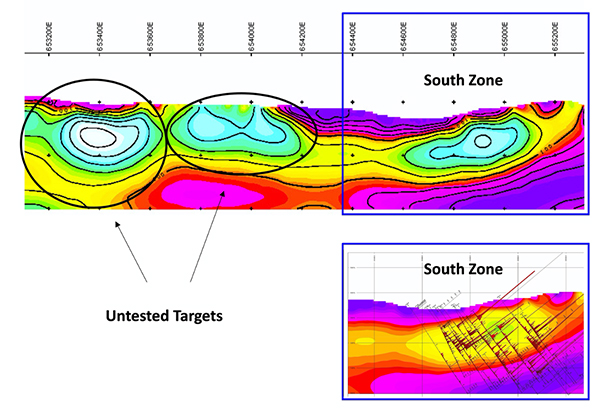 CSAMT: Based on results received to date; Potential analogues for the South Zone have been identified